After nagging health issues and an exhausting schedule culminated in Miles collapsing backstage after a St. Louis concert on March 27th, his band canceled its remaining tour with Herbie Hancock’s Headhunters and took a well-deserved break from the road. Rest and recuperation be damned, the respite was a brief one, and the Miles Davis septet resumed its live activity with a six-night run at Paul’s Mall beginning on April 28th. This was a band on a mission, returning to the stage invigorated and intent on continuing its rapid evolution.

As tapes from previous visits to the venue suggest, Miles clearly felt an affinity for Paul’s Mall, treating extended stays at the basement club as a testing ground for new ideas and a prime locale to audition new band members, as saxophonist Sonny Fortune would learn halfway through this 1975 residency. Upon seeing a young sax player named Sam Morrison during the band’s break from the road, Miles invited the Long Islander to sit in with the septet during the final nights of the Paul’s Mall run.

Having watched Morrison from the crowd for an entire set and hearing Miles tell others “I haven’t heard that much fire on the saxophone since ‘Trane was in my band”, Fortune resigned his post the following day. With Morrison’s arrival, the final lineup of Miles’ electric period was chiseled in stone.

END_OF_DOCUMENT_TOKEN_TO_BE_REPLACED

The seven-month stretch between Miles’ triumphant run of shows in Brazil and the Japanese gigs in early 1975 that would birth Agharta and Pangea is one of the darker recesses of his electric period. Though the octet’s activity remained steady with dates throughout the eastern U.S., the live tapes are few and far between, many capturing only portions of the performances in less-than-ideal fidelity. Thankfully, there remains enough documentation to trace the evolution of the band that would emerge in Tokyo as the unassailable colossus that crystallized the final chapter of Miles’ electric era.

These tapes from Paul’s Mall are notable mainly for the inflection point they document – with saxophonist/flutist Dave Liebman having left the group after the Brazil dates, Sonny Fortune was effectively auditioned on the bandstand during the octet’s multi-night stand at the Boston venue. Our man got the gig and remained with Miles through February of ’75. The tapes are also curiously devoid of third guitarist, Dominique Gaumont, who’s inaudible on the August 2nd performance and failed to join the band on stage for the 3rd, providing a glimpse of the seven-man Agharta / Pangea lineup in its most embryonic form.

END_OF_DOCUMENT_TOKEN_TO_BE_REPLACED

Following a summer tour of Japan and Europe and a couple of studio sessions that would later be collected on the Complete on the Corner Sessions box, the Miles Davis septet returned to Paul’s Mall in Boston a remarkably different band than the one that performed at the venue just over a year previous. Where Miles’ nine-piece band often teetered on the verge of chaos as it wrestled with the rough textures and polyrhythms of the yet-to-be-released On the Corner LP, the relatively spare 1973 ensemble offers a master class in cohesion, tension and release, and frequently jaw-dropping musicality.

With Miles’ predilection for rehearsing for tours with a multi-night club stand, the string of mid-October dates at Paul’s Mall from which this tape originates served as the band’s warmup for the European tour that began the following week. While session notes suggest the availability of a second tape from a separate night, this recording offers an exhilarating hour-long slice of the band’s October 17th performance as broadcast by WCBN FM.

END_OF_DOCUMENT_TOKEN_TO_BE_REPLACED 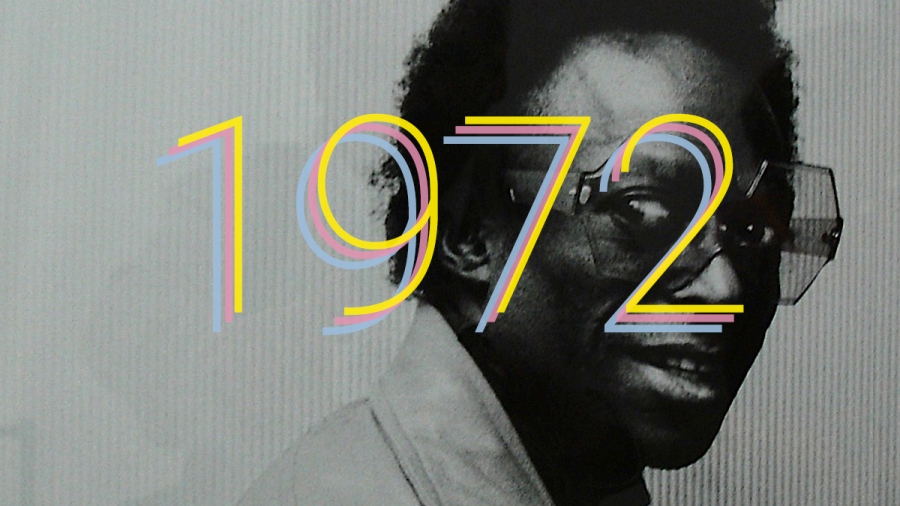 Legendary Boston venues, Jazz Workshop and Paul’s Mall shared an address at 733 Boylston St., with both clubs situated comfortably in the basement of the Cinema 733 theater. While Miles performed with some regularity at the Jazz Workshop from the mid-to-late sixties into the summer of 1971, it was likely the sheer volume of his nine-piece band that precipitated a move across the hallway to the more rock-centric Paul’s Mall beginning in September of ’72. He would return to Paul’s for a few more multi-night stands before his 1975 hiatus, leaving a trail of bootlegs in his wake.

Fresh off its sternum-rattling live debut at the Ann Arbor Blues & Jazz Festival, the nonet settled in for this seven-night subterranean run the week of September 11-17 (Tuesday through Sunday for those keeping track). Two tapes from these performances are in circulation: the first is a superb WCBN-FM radio broadcast from the evening of September 14, the other is a blown-out audience recording from an undated set later in the week. If you need just one tape from these shows, make it the radio broadcast – there are a few moments of brilliance in the audience tape, but it’s a pretty rough listen.